When you have a huge story inside of you, waiting for its natural time to be carefully birthed, and then discover in a moment that part of your story has been written about and published by someone else …

I am feeling rather peculiar today, and am not at all sure how to process news of a just-released book.

Within me, known only to a very few, is a story that lasts over more than half a century and which few, if written down in full, would quite be able to believe. Perhaps that is one reason why it has not yet come fully into the light, but also I know that before it could be birthed, the story had to become one that was possible for me to fully face. I have stared a lot of frightening things fully in the face and have demonstrated extraordinary courage that not even I knew I had within me, over many, many years … but I have also been broken and have fallen down, unable to get myself back up again, and have had to start to find my way from scatch, time after time. I know what it means to completely snap, for the load to become too great to bear, and for endurance, adaptability, fluidity, fluency and strength to become instead utter exhaustion and sheer despair.

I believe that anything is possible, and I believe I have seen miracles take place, but I also know that there is such a word as “can’t” and that it is possible to push a human being too far. I have had the rug pulled out from underneath me from a very early age, and this pattern continued throughout my childhood, into adulthood, marriage … I know it full well. I know what it feels like to have one’s spirit completely broken by the mindless attitudes of others, and then to be expected to perform regardless. I came up with the phrase a while ago “You cannot break a person’s knees, and then expect them to dance!” Those words came from deep within, from a place inside me that knew the full truth of their meaning.

I have a story to tell. It is a big story. My story is too fantastical for words. I hesitate to share much of my story, for fear of hurting others in the revelation of the parts that they have played. There is another side too, and that is that the story hurts me. It hurts me when I remember certain parts of it, it makes my voice and body tremble when I speak of some of it, and the lion-hearted courage with which I do indeed speak out about certain things, comes from a place within me that is sometimes hanging on for dear life, clinging at many times to a “heavenly father”, God. I could not have walked this path had God not come into my life as a young child, nor survived it, to still be here today. The effort it has taken to keep upright has been immense, and I use no crutch. No drugs, no alcohol, no cigarettes, no harmful addictions … all dealt with and despatched a long time ago. Instead, sheer and utter determination to live in the light, for the light, guided by the light, is what has brought me through some bizarre and outrageous circumstances, throughout much of my life.

I have learnt to laugh and joke about all sorts of things … do you know that many clowns cry behind the stage curtain? I have developed the strength to speak out plainly and clearly, simply and authentically, about what really matters – to my own eyes … and yet, I did not expect to feature in someone else’s story, on someone else’s difficult journey, in someone else’s newly published book. It has come as a shock, although not completely unexpected, as I have known for some time that the process was happening.

So, today, with all sorts of plans for this week that I can now see I shall not be adhering to, I am trying to process the little knowledge I have about this new book, before even considering ordering or reading a copy. My friend who wrote the book I refer to, was an adult when she met me during my early teens, and came into our lives at a key time for my immediate family in the 1970s. Yesterday I learnt that her book was being launched, had been published, is available to buy … and then received a private note to let me know that I am one of the (renamed) characters in it. The book is a memoir, one that needed to be voiced, and I am aware that it carries a lot of pain in its own story for the author who wrote it … but, I am not sure that I am ready to read what someone else has written about a painful and confusing time in my and my family’s life, a time that completely and utterly shook my world. As a result of massive tragedy and trauma, I was thrown into a challenging situation that no child should have to witness, nor ought to have to explain, nor be forced to have to rise above. As children, barely in our teens, we suffered enormous grief and loss (not for the first time, by any means), while all the reeling adults around us considered my brother and myself too young to be aware of what was going on.

I know that the friend who has written this book needed to do so, and I am  proud of her for having achieved it. In her note, my friend told me that she holds me in “high regard” and yet, whilst grateful for this, I do not know how I will feel nor receive that head knowledge when I read the words that describe her experience of our shared story, at some later time.

Over the past few years, I have had a lot of reconnecting with people who have been out of my life, some for decades, due mainly to my various and huge life changes along the way. Every special reconnection (as most of them are) has brought with it big emotion, memories, renewal of some loyal bonds, and also a sadness that we were unable to maintain contact in the intervening years, which would have helped much along the way. At the same time, each reconnection has brought immense gratitude that we are now in touch, can easily find and communicate with one another again, and this has meant that pieces of my life’s broken jigsaw slowly, and sometimes speedily, gets put back into place. There is still a very long way to go, and a lot of healing to happen yet … and I am thoroughly exhausted by it all … but I know that the journey is far from over and I have to keep going on. Perhaps my friend’s book will act as validation, and maybe even a step towards revealing some of the most bizarre parts of what might one day come to light in my own story – who knows?

In the meantime, I sit here tinkling at my computer’s keys and wondering whether I ought to mention the name of the book … and wonder, too, today whether it is in fact time to fully reveal my own name, not leave it to the internet and chance discovery by online detection, to provide my full identity and authorship in several places.

Coming right into the present moment, I notice too that the sun has reappeared from behind the clouds, so I shall go out and sit with a lunch of salad, on a bench in my organic garden, and see what inspiration follows …

I have reached a stage where I honestly do not know how to proceed, nor how to think about anything any more. I am going to go quietly within and see what God shows me to do next.

With faith, hope, and no small amount of trepidation on a journey that, at times, feels as though it has only just begun.

One thought on “Trepidatious Booksteps”

This site uses Akismet to reduce spam. Learn how your comment data is processed.

Drawing on personal experience of life lived on three continents thus far, I write on how to live life excellently. My writing addresses leadership and life principles, incorporating fundamental values for success, mindfulness, faith and spirituality. Subjects covered are wide ranging ~ from autobiography to the business of life in general; from raising young people to matters of brain, health and wellbeing; from natural lifestyle choices to matters of heart, home and environment. Sustainability in real terms is always at the core of my approach. My passion is for positive outcomes in all areas of life, with firm foundations, boundaries and respect being paramount elements of success. I am intentional about living a life based on love and an awareness of the connectedness of all things. Our actions have results and we are each responsible for the fruit of our lives. It is my hope that my writing will empower others to live their own best lives, with courage, integrity and love at the core of all that we think, do and create. ♥

Connect With Holly On Social Media

Do You Love to Read And Learn? Choose a Book from Holly’s Reading List!

Listen to the TALKING HEARTS PODCAST

To support the writing and other work here, feel free to donate ANY amount of your choice. With sincere thanks. ♥

Take Life To The Next Level! Experience NeuroGym brain training. Click the icon to learn more: 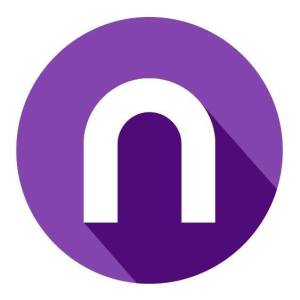 Visit HM Event Promotions for Holly’s recommended selection of empowerment options for you and your business!