Prompted this week by WordPress to write about “Orange”, I thought that I would skip that prompter to write and moved on … only to then receive a lovely note from an avid new Reader of the blog, saying how much she had learnt from and enjoyed reading the post “Carrots At The Tail End Of Winter”, which I had published in February 2015.  Today I felt a prompt to dig out that retrospective post and republish it, given that the subject prompt is ‘orange’ and there is material to hand, which could perhaps do with a little fresh airing.

In the southern hemisphere it is Spring now, and in the northern hemisphere it is Autumn … there are shades of orange and gold on trees and falling all around us, which seems to be a time of letting go and of storing for the Winter ahead …  However, as both Spring and Autumn are times of planting and sowing, it seems a good time to focus on those aspects too and repeat this post about carrots … perhaps it will inspire some sowing somewhere,  not only of healthy food, but of goodness and hope, wherever it might be needed.

PS. Please remember: organic is always best. It is what I prefer, in any event, and have started a hashtag on Facebook, Twitter and Instagram, saying just that: #OrganicIsBest.

[originally published on The Holly Tree Tales on 27 February 2015]

There is something rather wonderful about going outside to attend to something, rugged up warmly against the cold, taking a detour into a protected area of the garden to see how it has fared in the icy cold weather, and discovering signs of life in a large pot of soil … then curiously scratching beneath the surface, to see if any of the wilted leaves are attached to anything of note, and pulling up a healthy, beautiful, organic vegetable!

That is precisely what happened for me this afternoon, and it’s hard to describe the elation I felt at not only discovering a juicy, impromptu treat, but that the carrots my son and I had sown and grown last season had continued in strength throughout the Winter! To be honest, I had fully expected to find that those carrots, which were still left in the large container of our gardening experiment, would be completely decimated by now … instead, the soil around the remaining carrots was soft and crumbly, and the prize that was yielded today was absolutely delicious! Luckily, I photographed it straight after I’d washed the soil off this carrot, so that I could share my happy discovery.

There is more to this story that is amazing than merely the chance discovery of a carrot, even more than the fact that the carrot survived the British Winter (although that is wonderful and symbolic in itself).

During the Summer before last (2013), I had filled the huge, black plastic planter pot (in which we’d bought a silver birch tree, since planted) with any number of weeds and old potting mixtures and other garden ‘stuff’, whilst tidying in a little courtyard area near the house, where I keep my treasured pot plants and several roses and other herbs. My experiment was to see if the heat of the decomposing plant material could help to nurture and grow food for us. Having been given a courgette seedling, and not knowing where to grow it with enough heat, I had covered the top of the black pot with a black bag, cut a hole in the middle, made a space for the courgette seedling, surrounded it with fresh compost and stood back … to cut a long story short, we delightedly harvested courgette from that pot!

Some months later I decided to take the experiment a step further, working with my son during his Spring school holiday, so that he could learn from it too. We added a layer of molehill soil to the contents of the pot, which had been resting, and carefully sowed organic carrot seed … towards the end of Summer, we were picking our own tasty little carrots!

Summer 2014 ended, my children went back to school and university, the weather closed me in, Christmas came, the freeze came, snow occasionally still comes … and I hardly spend any time outdoors at the moment, because I am made for warmer climes. So, nipping out today and discovering that a little carrot had survived the northern Winter, in a plant pot, despite all seasonally challenging conditions, gave me a tremendous boost!

Thus, not only did this give me a tasty treat and a joyful lift of the spirits, but now I know that
a) We can grow carrots
b) Carrots do very well in tall pots (which was intentional, to avoid carrot fly)
c) Organic Carrots grow successfully without interference
d) Carrots can survive the cold
and I am certain that there are more lessons to glean from this experiment yet!

This site uses Akismet to reduce spam. Learn how your comment data is processed.

Drawing on personal experience of life lived on three continents thus far, I write on how to live life excellently. My writing addresses leadership and life principles, incorporating fundamental values for success, mindfulness, faith and spirituality. Subjects covered are wide ranging ~ from autobiography to the business of life in general; from raising young people to matters of brain, health and wellbeing; from natural lifestyle choices to matters of heart, home and environment. Sustainability in real terms is always at the core of my approach. My passion is for positive outcomes in all areas of life, with firm foundations, boundaries and respect being paramount elements of success. I am intentional about living a life based on love and an awareness of the connectedness of all things. Our actions have results and we are each responsible for the fruit of our lives. It is my hope that my writing will empower others to live their own best lives, with courage, integrity and love at the core of all that we think, do and create. ♥

Connect With Holly On Social Media

My Tweets
Follow The Holly Tree Tales on WordPress.com 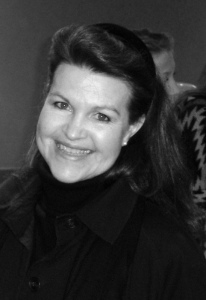 Do You Love to Read And Learn? Choose a Book from Holly’s Reading List!

Visit HM Event Promotions for Holly’s recommended selection of empowerment options for you and your business!

To support the writing and other work here, feel free to donate ANY amount of your choice. With sincere thanks. ♥